Here we will explore some of the antler malformations seen in cervids. Many of these antler malformations and dysgenesis are associated with other reproductive malformations, with the epigenetic root of these malformations being closely related. Here we will use the mophogenesis of human hands as an analogue to explain some of what we see in antler development, as many of the same genes are involved in the development of both. Much of this will revolve around the antlers of deer, as the comparison to hands is most representative in this species. The genes involved in antler development and limb development are Hedgehog genes, and signalling(3). With several of these genes involved, including Sonic Hedgehog(SHh)(4) and (IHh)(5). aS well as SHh we see retinoic acid as a driver of the development of antlers, as is seen in the embryonic development of the skull and limbs of mammals.

Antler development and production is very similar to the development of limbs, with both involving Hedgehog genes and signalling for their patterning and morphogenesis(6). Deer antlers, unlike arms or hands, are remarkable in the fact that they are grown, shed, and regrown every year. Given the epigenetic(environmental effluence and expression of genes) nature of Hedgehog genes and antler development, deer antlers can tell us much about what is going on with the deer that is producing them, and the environment that they are being produced in. So not only can antlers tell us about the deer that is growing them, they can tell us about the environmental influences on the deer that are growing these antlers. It is these environmental influences that show up in the epigentic expression of antler development(1). This is why certain areas have deer that have particular characteristics, and specific phenotypes. This is also why some areas produce larger or small animals, and why when environmental changes occur, you see these reflected in the antlers of deer in these areas.  This is why you can take an area with deer that are considered to be “mediocre”, and through environmental inputs, ie. nutrition, water, etc. grow these deer into larger, healthier animals over the course of several generations. This of course also works the other way when negative environmental influences are exerted upon these animals.  A case in point is selenium deficiencies seen in Black tailed deer in California. These deficiencies were shown to be associated with reduced fecundity and declining populations.  The supplementation of selenium was then shown to increase fecundity in these deer by 260%(2) It has been shown that selenium supplementation of mule deer in areas that had exhibited declines and mediocre antler production showed an increase in population and antler size. These improvements were also correlated to the cessation of negative environmental factors(pesticide exposure) during the same time(unpublished data).

The normal formation of  deer antlers follows a standard pattern of bifurcation and growth, with increased bifurcation, growth and size both in in length and mass, following subsequent years of maturity and regrowth. This increase in antler size follows the same course of maturity, growth and health of the deer growing the antler.

Below is an example of that growth over time in white-tailed deer. 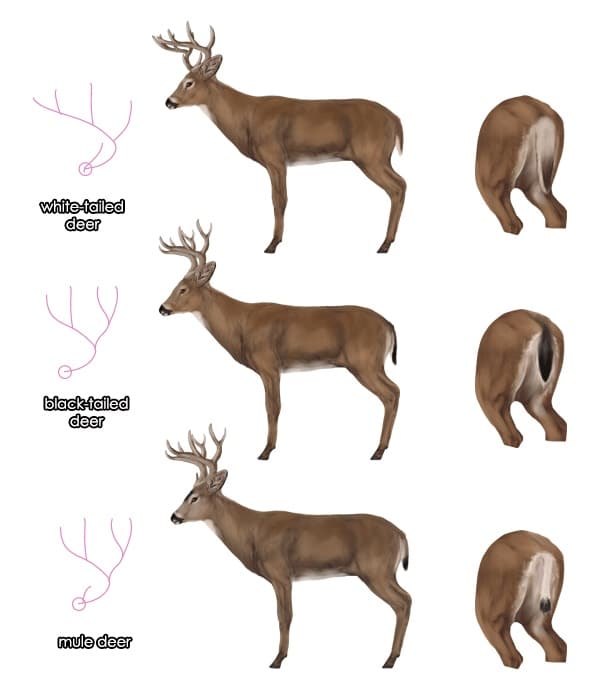 With some of the basics of deer antlers in place we are going to look at some malformations of human hands that involve Hedgehog(Hh) genes, along with antler malformations and abnormalities that share the same physical expressions to better understand the way the disruption of Hh genes are expressed bio-physically. We will start with Polydactyly in human hands due to the disruption of Sonic Hedgehog(7). Below is a picture of preaxial polydactylism associated with disrupted SHh and Gli3(7). 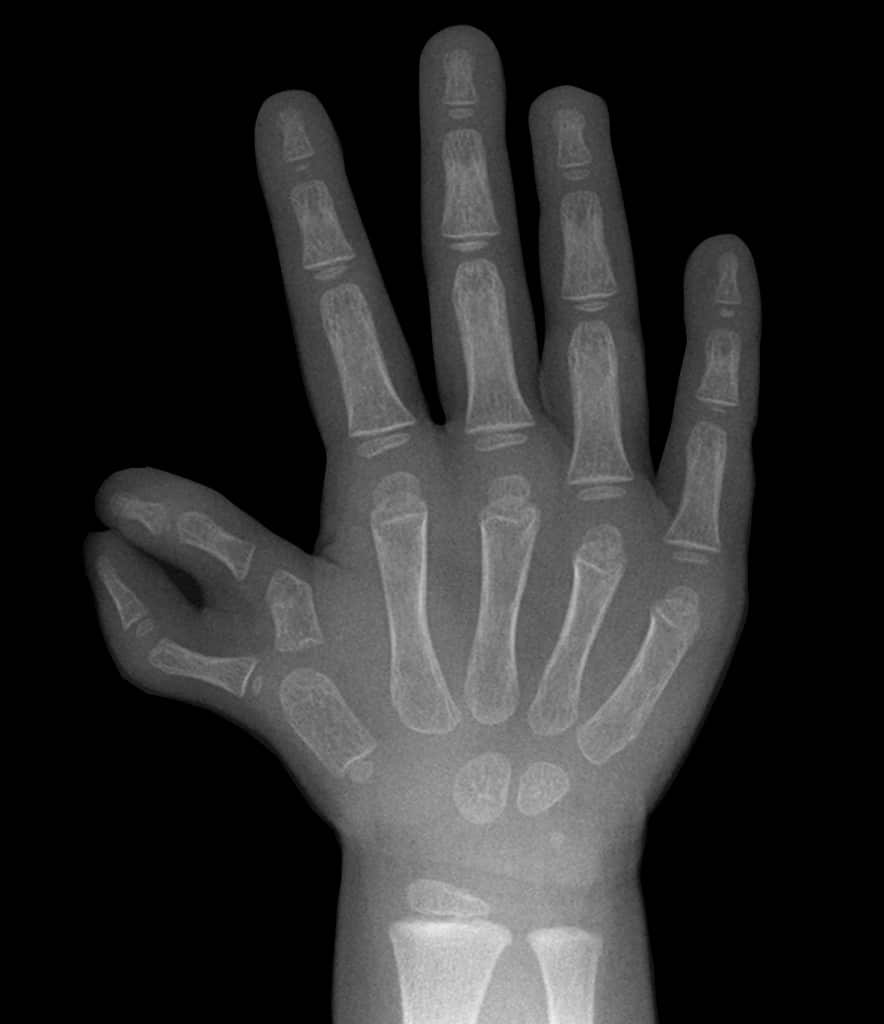 And here is an example of postaxial polydactylism. 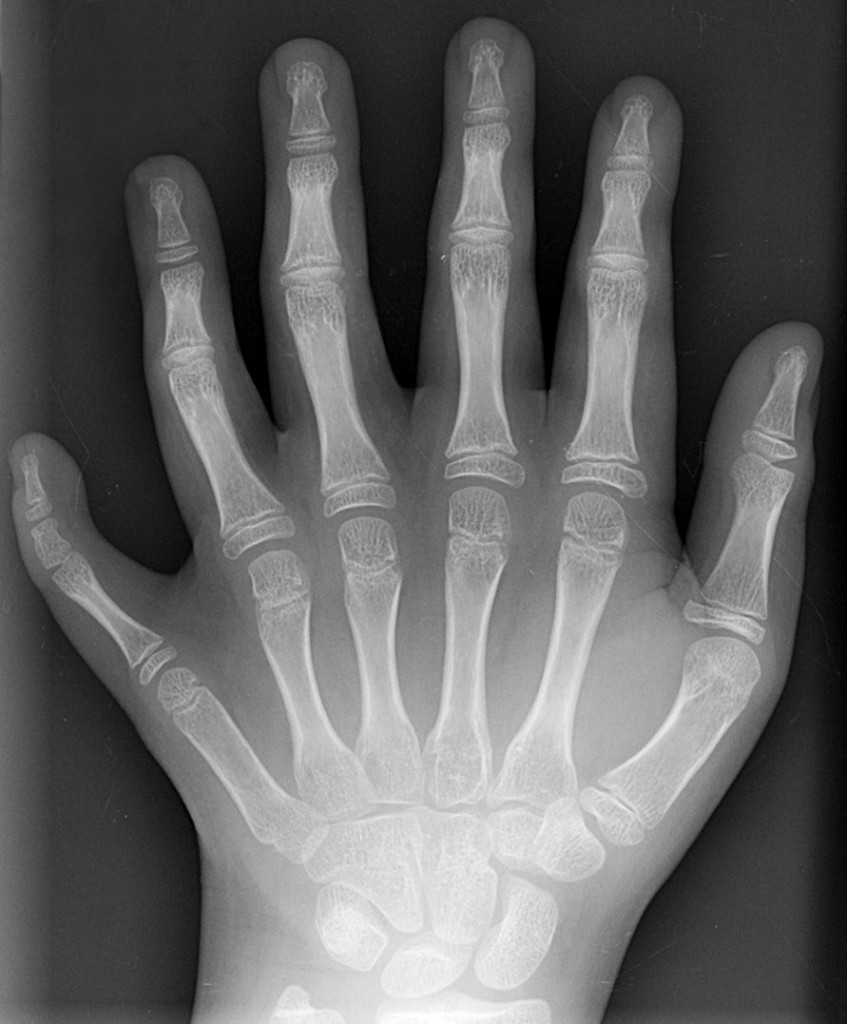 Below we have two examples of a deer with “tripod” formations in their bifurcation which is the addition of an extra point during bifurcation, much like polydactyly. The first two of these deer are from pesticide treated areas. 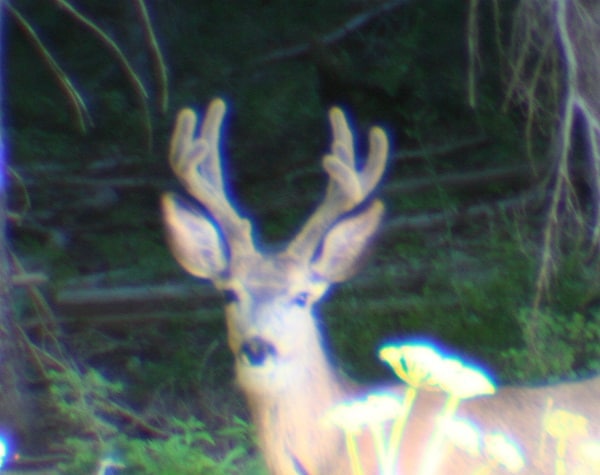 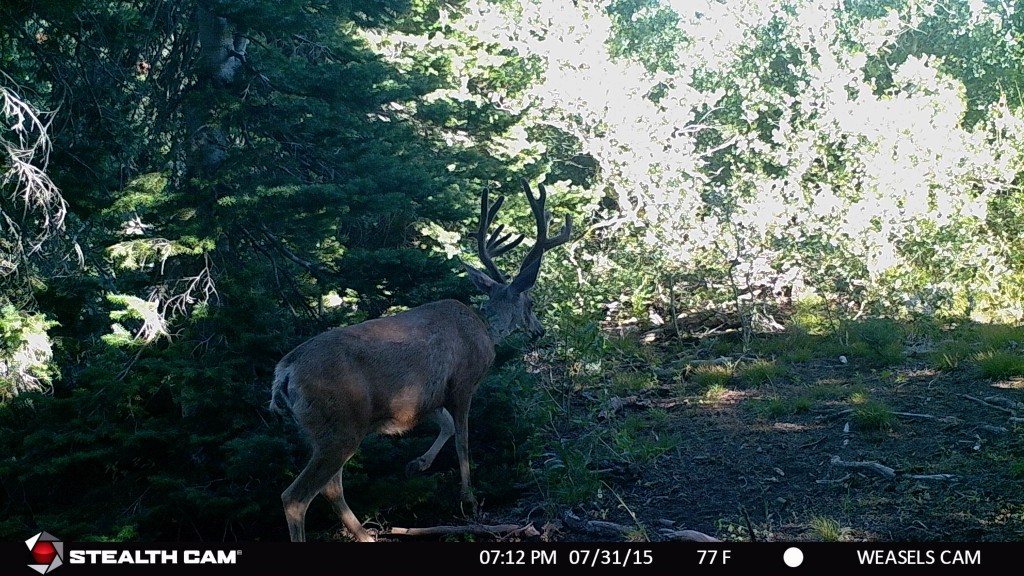 And here we see the addition of extra points and bifurcation that are also similar structurally to polydactyly. This deer’s scrotum is also malformed. 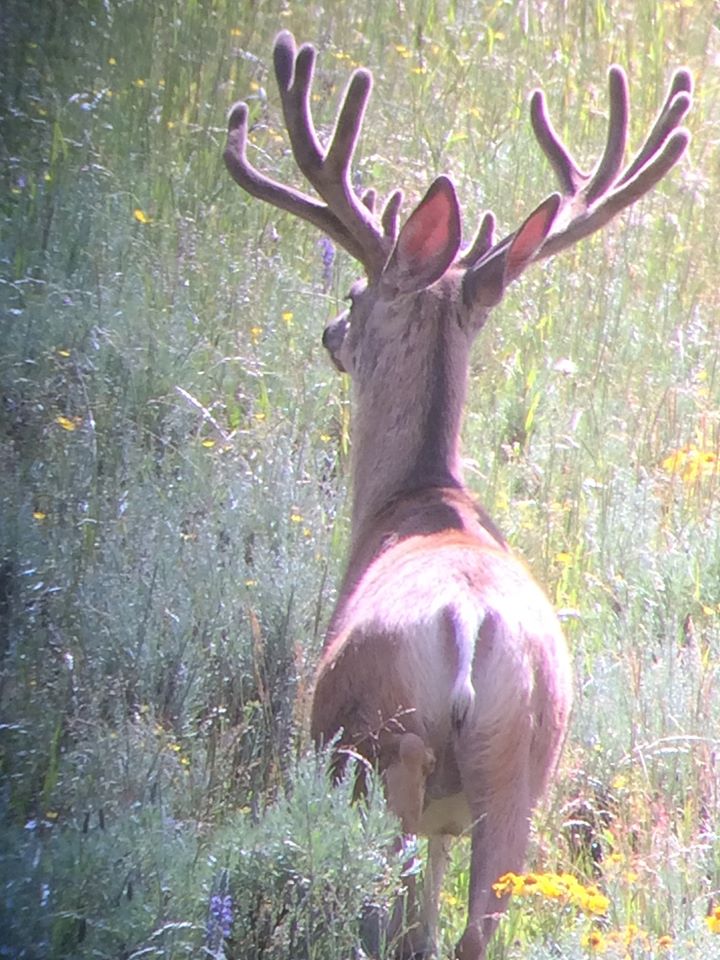 Extra points and, and other anomalies are not always cause for concern, or the result of malformations or disruptions. As deer get older, we expect to see more abnormalities, extra points, etc. This is due to the increased probability over the life time of the deer to incur genetic disruptions, and other epigenetic influences over time.  Which is why there is cause for concern when we see such disruptions and abnormalities, in young animals, especially across a large percentage of a population, like is seen in populations exposed to pesticides.

Here we look a syndactyly(8) which is another condition seen in the development of fingers and toes driven by SHh(9).I nthis case we see fingers that are fused together, and not completely split. This would be equivalent to the opposite of what we see with polydactyly.

Syndactyly in a human hands below. 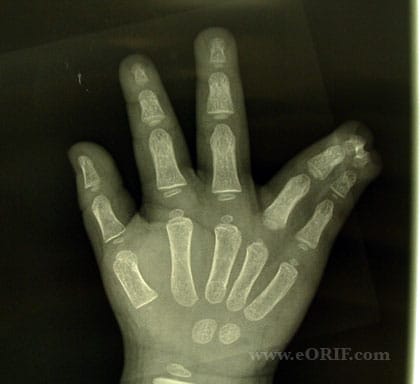 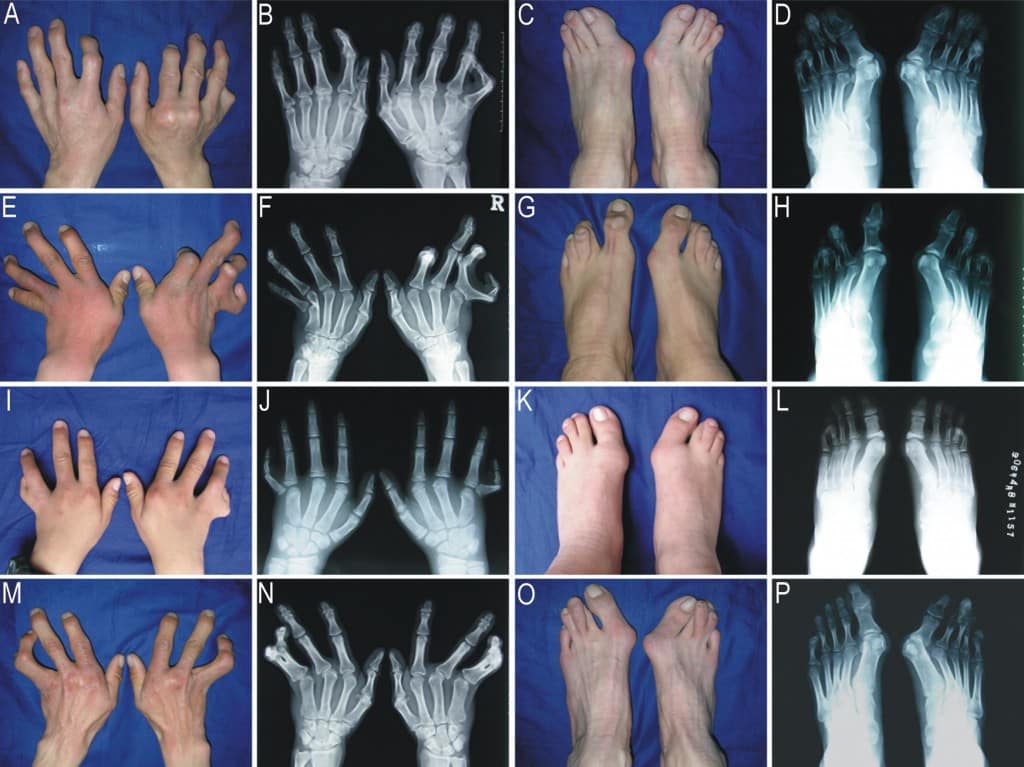 And below we see the analogue of this in deer antlers, where we see differing degrees of a lack of bifurcation. Once an antler is fully developed and hardened it may be difficult to see and fully understand the similarities here. Key to this is that when the antler is growing from the pedicle of the deer’s head, it is enveloped in “velvet”. This velvet is made up of keratenocyte cells, just like human skin is(10). So the parraleles here are best viewed while the antlers are developing and covered in this velvet. Below we show examples of both. All of the below deer are from pesticide treated areas. 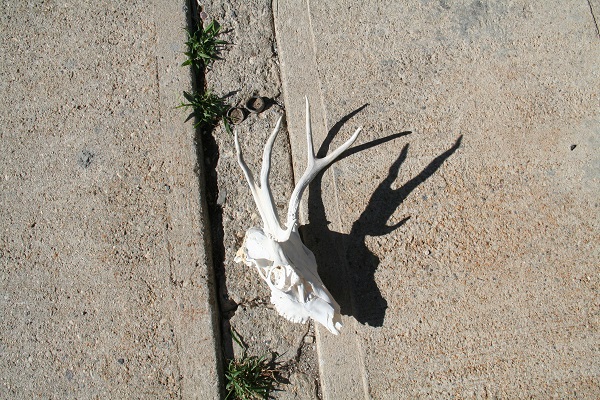 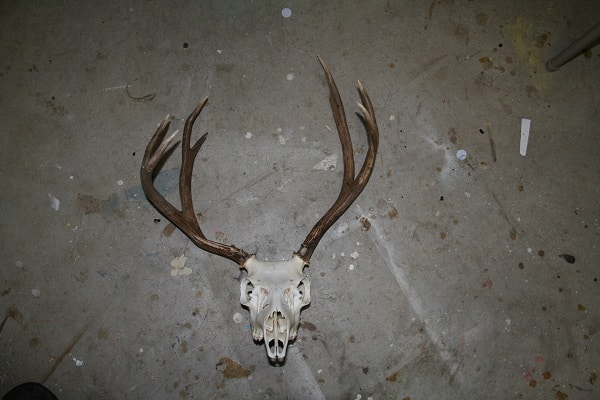 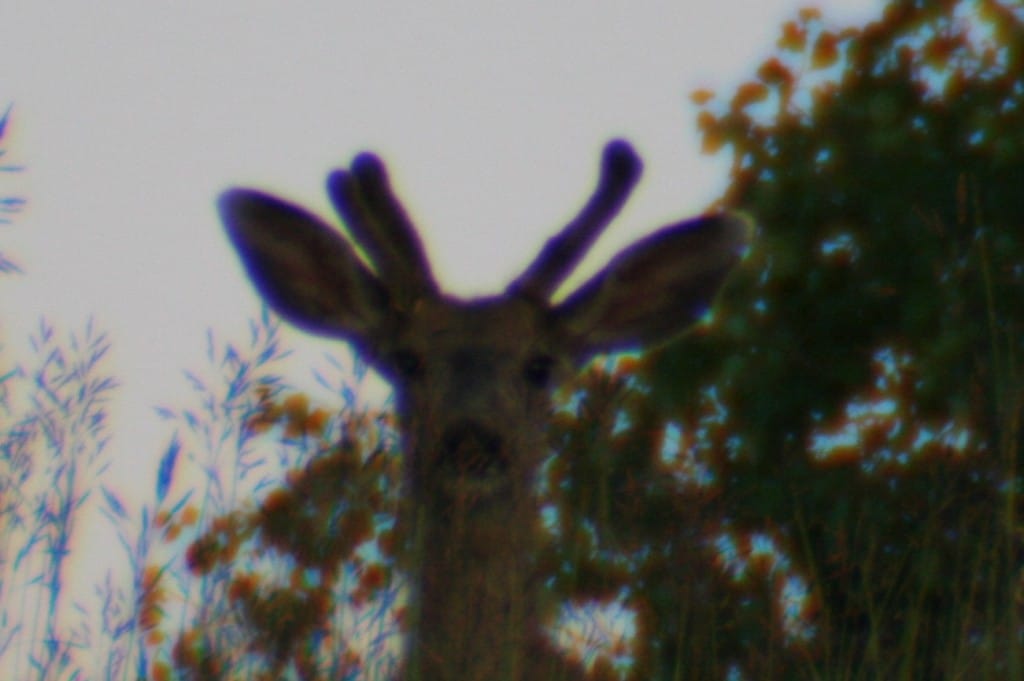 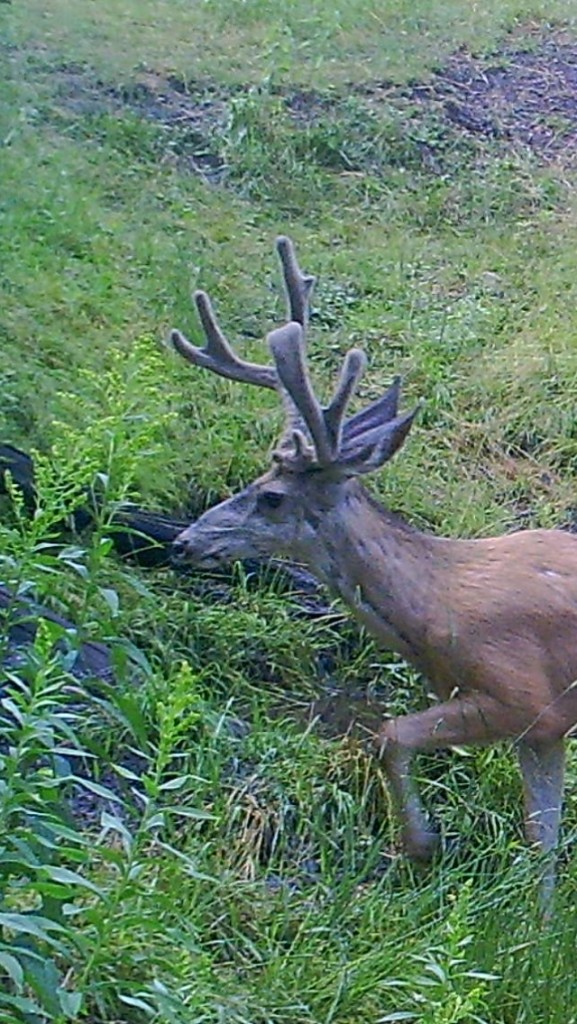 As related side note the below picture is the hands of someone suffering from Kashin-Beck disease which is associated with selenium deficiencies, and thyroid disruption(12). 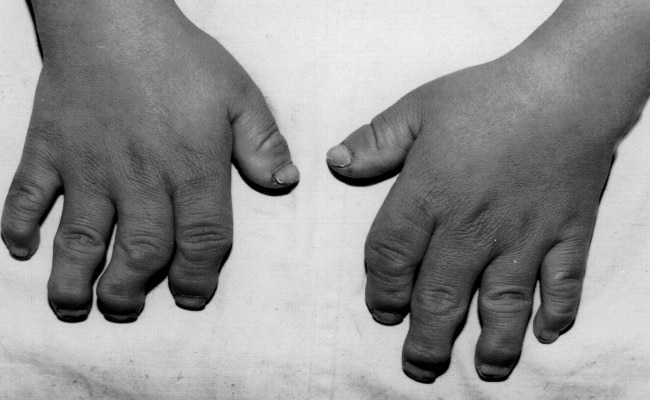 Here we look at brachydactyly. brachydactyly, is a medical term which literally means “shortness of the fingers and toes” (digits)(11) Which is associated with the disruption of Indian Hedgehog(IHh). IHh is one of the morphogens in the development of antlers. Here we see shortness, clubbing, and underdevelopment. In cervids we see this in the under development and small size of the antlers for the age of the animal, which has become a defining feature of declining cervid populations.

Below is an example in human hands. 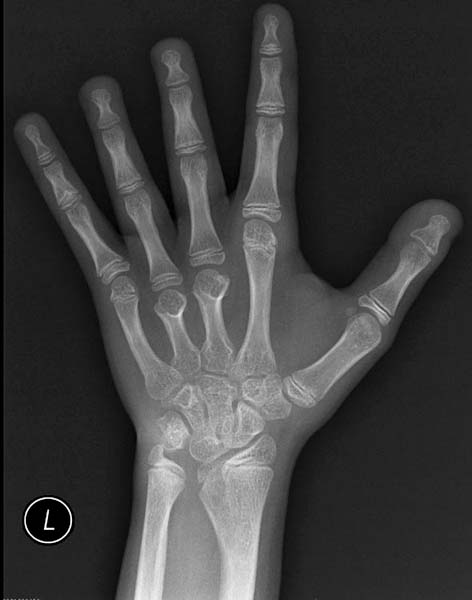 And now for their counter parts in antlers below. Where we will use the some left and right asymmetry of the racks to help demonstrate this.  This helps to show what the animal is capable of producing, verses what it is producing. The first deer below is from a group of deer that are exposed to pesticides in their water. All of them demonstrate weak growth in their right antlers. 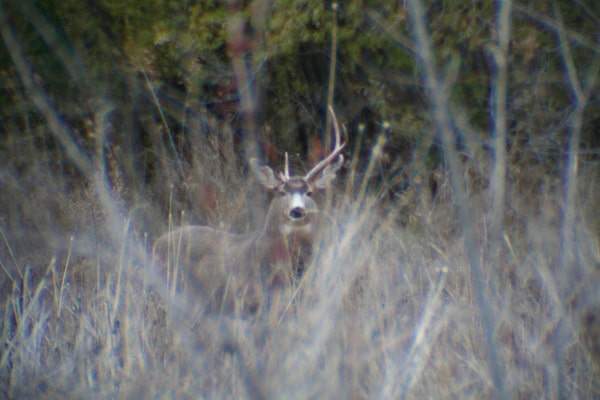 All of the below deer are weak, blunted, and/or under developed on their left side 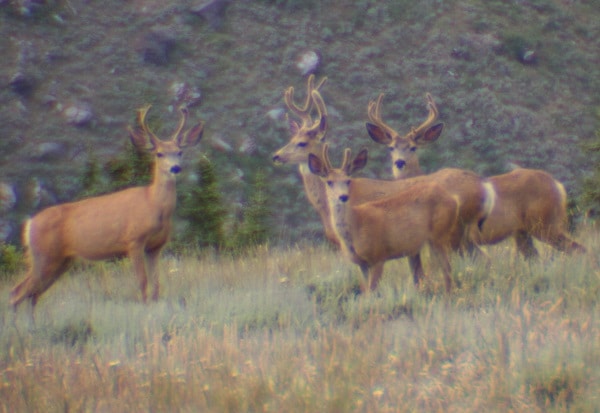 The two deer below have short points after bifurcation as in brachydactyly, and also exhibit structural syndactyly. 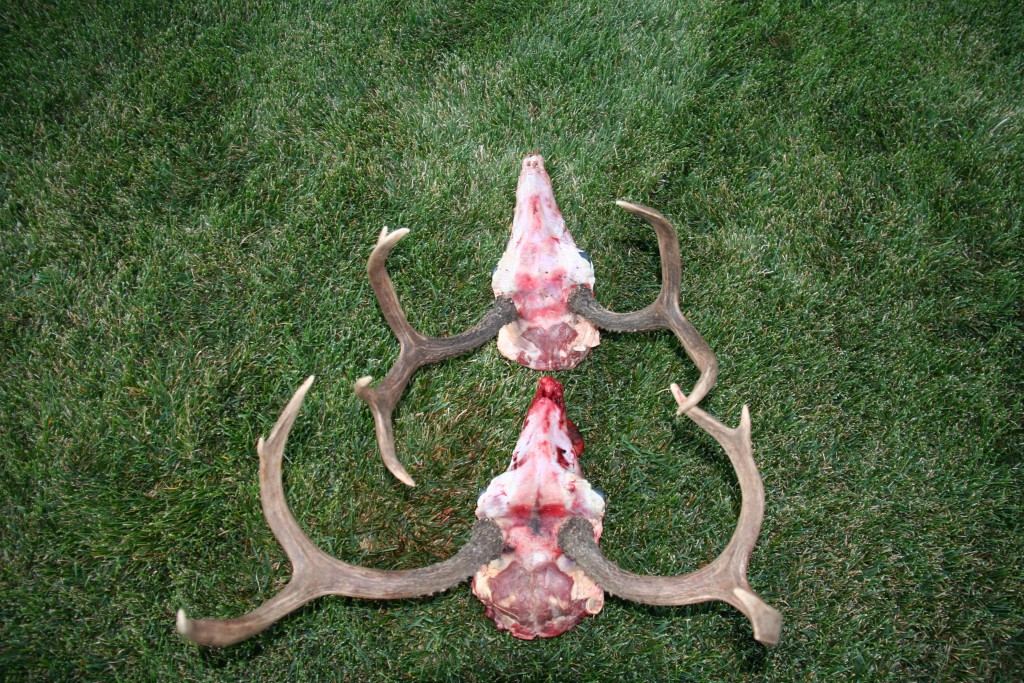 In the cases of polydactyly, syndactyly, and brachydactyly, you don’t always see them present symmetrically. They may only affect one hand, or they may affect each hand differently. We see this in deer antlers as well, with allot of asymmetry seen in animals where other malformations and pesticide use is present.

In the picture below we see polydacylism at the G2s, and syndactyly of the G3 and G4, that should have bifurcated. Both sides are very symmetrical in this case. 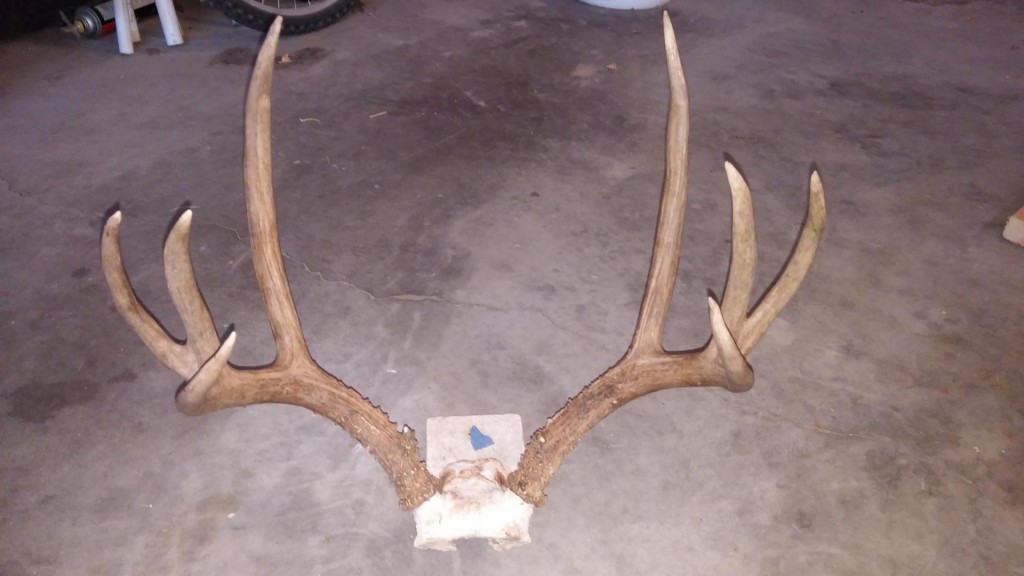