In April and May of 2014, several highways in Northern Utah were surveyed for road killed deer, in an effort to record malformations. Road side mineral licks were also noted when found. The highest rates of malformation and use of roadside mineral licks by deer and moose were along Highway 39.

Near Hardware Ranch on Highway 101 the use of road side licks by elk was unusually high compared to other areas. These licks appeared to contain magnesium chloride. While I had observed elk using road side licks, their use was very minimal everywhere but here.

Picture of the side of the road where elk have worked an area that had particularly high concentrations of salt/mag chloride.

These areas are typically in bends where the salt and minerals collect. This area had been used very heavily, and almost exclusively by elk. The lick was actively used until at least June of 2014, several months after elk had ceased the use of road side licks else where. This particular area is ~15 miles from where a study conducted from 2001-2007 on Mule deer, showed that they were selectively feeding for copper amended pellets, while also targeting sagebrush that contained twice the selenium content of ignored sagebrush.

Hardware Ranch has been a feed lot for wintering elk since 1945. Grass is grown in the local meadows and harvested to feed to the elk through out the winter. The elk are not supplemented otherwise, but the grass grown for them is fertilized to maximize yields.

On 1-18-2015 I took a sleigh ride tour through the wintering elk herd. There were approximately 400 elk on the feeding grounds. A number of antler abnormalities were observed, along with under bites, and potential hoof rot issues. The latter being difficult to record even at close range.

There were fires in the mouth of this canyon in July of 2007, and again in August of 2013. The 2013(Milleville fire) fire burned over 2900 acres. The use of herbicides is wide spread after fires, especially in areas used by wildlife, because of the fear of invasive weeds taking a hold after a fire. There was extensive habitat restoration work done in these burned areas. In addition to these burn areas, the Ruby pipeline came through the area in 2011, and runs as close as 7 miles from Hardware Ranch. The pipeline crosses higher elevation areas where some of these elk spend their summers. There was extensive herbicide use on the Ruby during construction, with a 5 year plan of continued weed control efforts. There have been clusters of malformed deer along the course of the Ruby, where it crosses the Monte Cristo Range. This includes under bites, testicular malformations, and antler anomalies. Along with the fires and pipeline There have been thousands of acres to the North of the ranch that have had the sagebrush removed, this appears to have been done chemically. These have been done on both public and private property. While some of this appears to have possibly been done by mechanical means, the vast majority looks to be chemical.

There have documented uses of tebuthiuron used adjacent to the ranch buy UDWR to remove sagebrush across several hundred acres. Tebuthiuron has been shown to draw animals into feed on plants that are growing it treated areas(1). Along with the use of Imazapic across hundreds of other acres.

The following elk has a misplaced pedicle, abnormal antler growth, along with a fairly severe under bite. Click on photos for larger images. 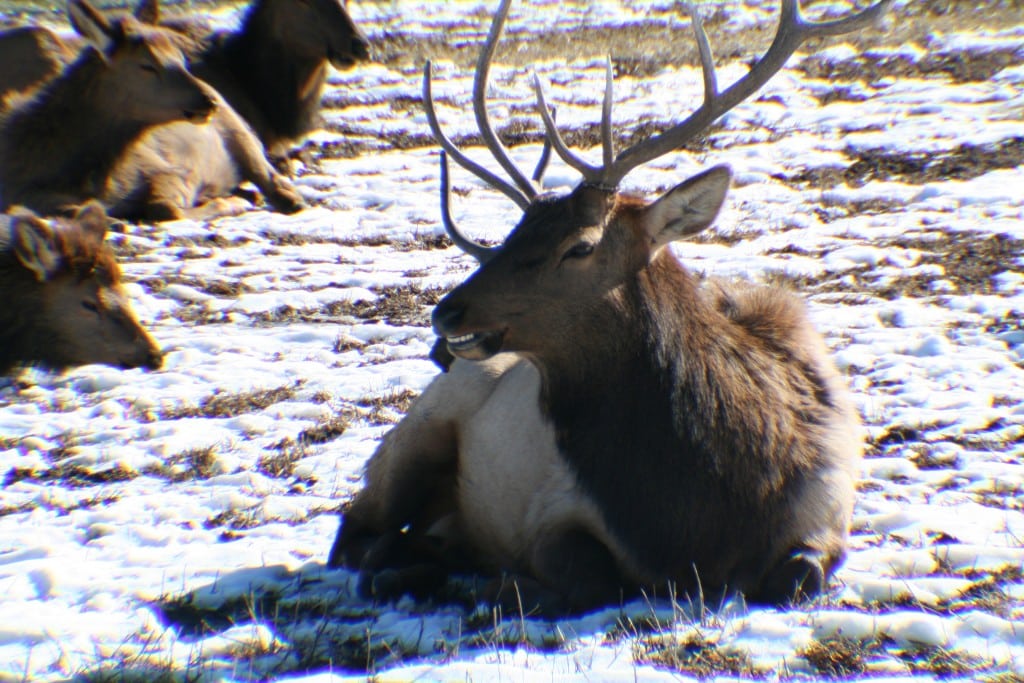 The next elk has an under bite and abnormal antlers. This kind of webbing and disrupted bifuraction is typical of copper deficiencies seen in other copper deficient elk(2).

The following have broken antlers. Easily broken antlers are a sign of mineral deficiencies, and have been observed in herbicide affected deer. 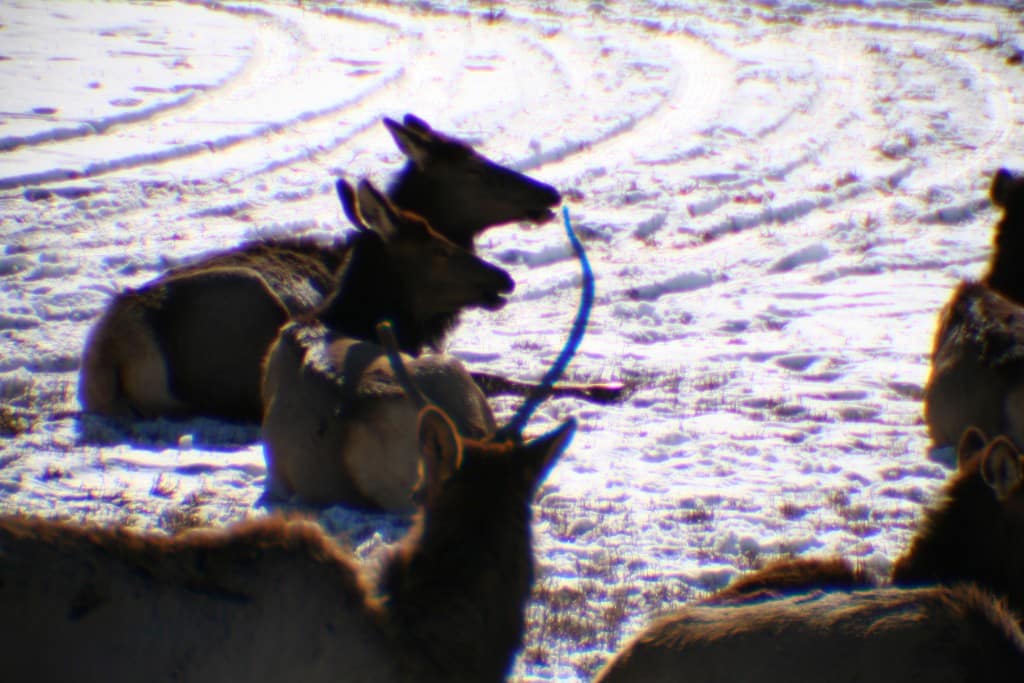 The following elk have very light colored coats. Hair, like antlers are influenced by environment, via epigenetic expression. Light colored coats have been seen in much higher proportions in deer that also have abnormal antlers. These elk tend to be curled up and cold on warm days in comparison to other elk. Thyroid disruption is known to disrupt thermal control functions.