During the past 10 years, hunters and residents of the Hotchkiss and Crawford areas have reported a high number of so-called “cactus bucks.” In these male animals the antlers grow in odd shapes, never develop fully and do not lose their velvet.

Colorado DOW is studying these deer under the assumption that Epizootic hemorrhagic disease(EHD) causes this by affecting the deer’s hormone system. While it is certainly caused by a disruption of the hypothalamic-pituitary-gonadal (HPG) axis, in most likely not EHD that causes this, but more likely the disruption of the HPG that makes the deer susceptible to the EHD. Deer at the Hanford site in WA were looked at for EHD. Affected deer that were seropositive for EHD at higher rates than unaffected deer, but infectious agents were ruled out as a cause for the testicular atrophy.

Given the large scale habitat enhancements, and weed control efforts in the Gunnison Gorge national conservation area, just South of Hotchkiss, a case for hypothalamic-pituitary-gonadal (HPG) axis makes much more sense. Many of these habitat projects were on going with expansions planned in 2004.

You can see the scale of some of the habitat projects conducted on BLM land near the Black Canyon of the Gunnison Gorge Wilderness area in the images below. These projects were conducted prior to 2005. The BLM almost always uses pesticide treatments in these habitat projects. 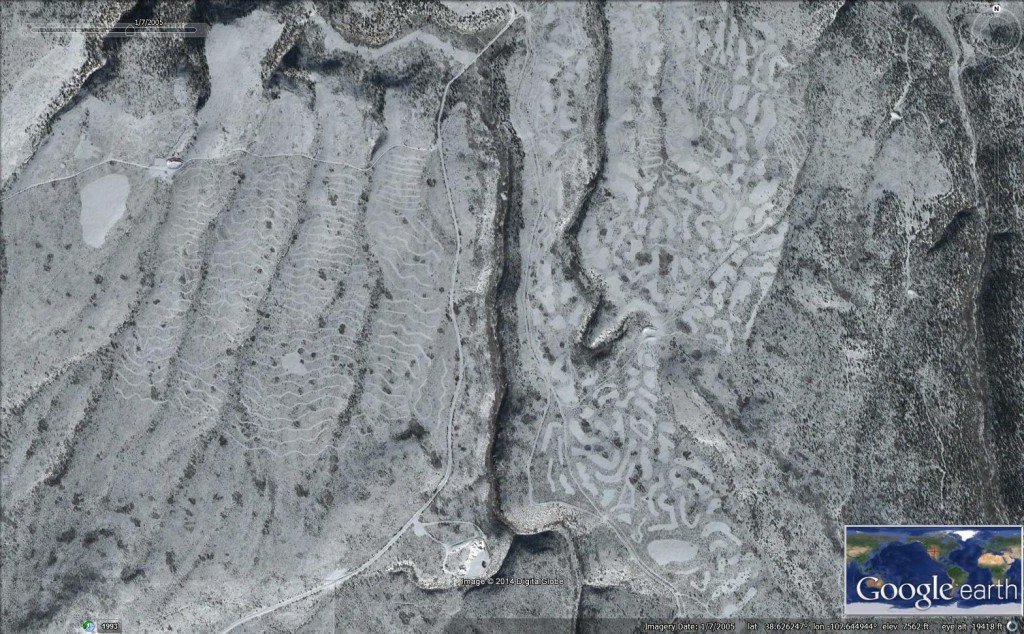