Since the early to mid 1990s, and increasing since that time, Sitka black-tailed deer on Kodiak island Alaska have exhibited abnormal antlers, and were mono and cryptorchid(1). Many of the abnormal antlers also had retained velvet, some of these deer did not shed their antlers annually as is normal for the species. Some of these deer were also observed to have abnormal hoof growth(Laminitis) and under bites. These cases tend to be geographically clustered specifically within low land areas. Many of these malformations and conditions are associated with endocrine and metabolism disruption, and in combination point to environmentally induced Diabetes as being a root cause of much of what is seen.

This combination of malformations and conditions has been observed across the Western United States across a similar time frame. Some of these malformations were being reported in the late 1960s succinctly with the beginning of unexplained falling deer populations that have continued to this day. There was a big spike in these cases in the early 1990s, along with sharp corresponding declines in deer and other wildlife populations. Other documented cases exist in Montana, Utah, Yellowstone, The National Bison range, Malheur National Wildlife refuge, Hotchkiss CO, Utah’s Paunsaugunt, The Ruby pipeline, Hardware ranch, and Washington. These cases tend to be geographically clustered with locationally distinct patterns, that follow a similar frame work of these included malformations with some malformations being observed in higher proportions than others.

The following image shows an affected black-tailed deer harvested on Kodiak island that exhibits all of these abnormalities and malformations. This deer was cryptorchid, and had malformed antlers with retained velvet. It appears to have an under bite, and the only visible hoof is overgrown as is seen in cervids with laminitis. 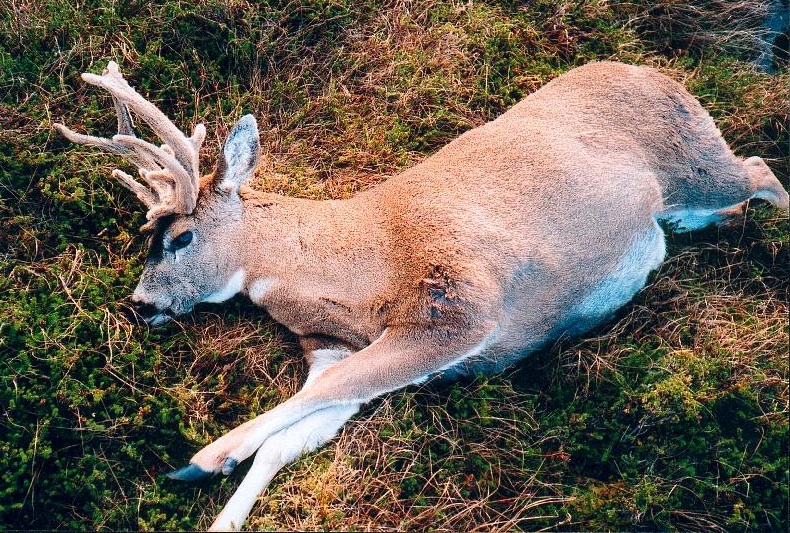 Testicular descent of many of these deer was disrupted and presented as cryporchidism as well an monorchidism. In the case of cryptorchidism the testes do not descend normally from the abdominal cavity and remain fully or partially within the body cavity, along with varying degrees of testicular underdevelopment. In monorchid cases you see the same thing, but with one teste less developed and/or descended compared to the other teste.

Below is an image of a black-tailed deer on Kodiak island  with cryptorchidism. You can see the testicles are underdeveloped and still within the body cavity near the kidneys. 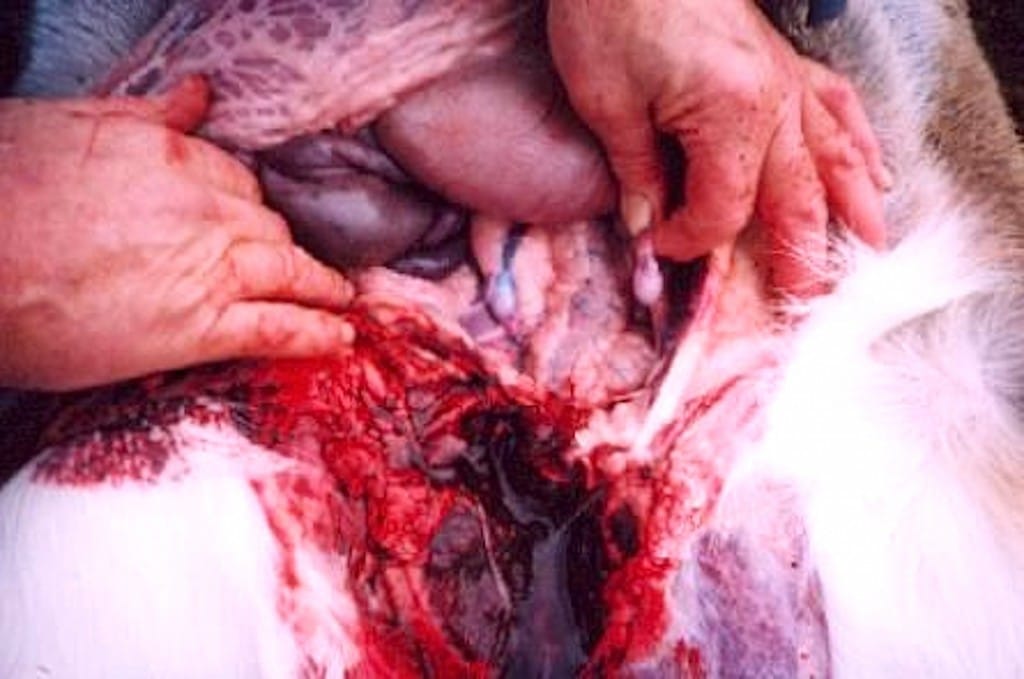 Below is an image of a black-tailed deer’s testicles from Kodiak island where one teste is less developed than the other. 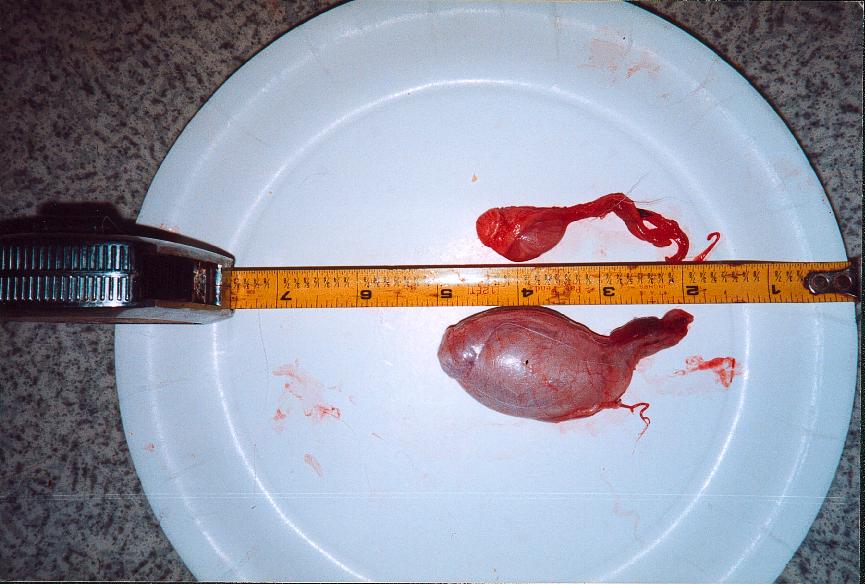 Based on lesions and the before mentioned abnormalities observed in the testes of affected deer, the most likely cause of the observed antler and testicular dysgenesis was determined to be an estrogenic environmental agent. This could include a number of chemicals including many endocrine disruptors.  It was hypothosized that this might involve the consumption of contaminated seaweed because these deer frequent low lying areas and are known to eat seaweed, but this was not investigated further.

From a 2010 Environmental Assessment of The Kodiak National Wildlife Refuge Integrated Pest Management plan(2) we find that there are known endocrine disrupting agents used on Kodiak island. It is documented that deer have been observed and are known to consume these agents and use areas treated with them.

From this management plan: “Elk, goat, marten, red squirrel, muskrat, and beaver do not occur in any areas known to support invasive plants. On the other hand, field observations indicated that deer and hare have used areas that support invasive plants for foraging and, in some cases cover, including sites subjected to active management.”  The “active management” referred to is the use of several herbicides, many of these are know endocrine disruptors.

Like with the prevalence of abnormal deer, the presence of weeds and use of herbicides has been mostly restricted to low land areas on the island. “Since the current distribution of non-native plants is restricted to lower altitudes (less than 1,000 ft. elevation), our summary of vegetation is restricted to that zone.”(2)

Two herbicides have been, and were being proposed to be used further on Kodiak Island, these are Aminopyralid and Glyphosate(2) Glyphosate has been shown to target sertoli cells in rats, and affect leydig cells.(3)    In Kodiak black-tailed deer we see “hyperplastic Sertoli cells, often arranged in rosettes and sometimes with neoplastic changes, in several abdominal testes“.(1) It has also been shown that Glyphosate and its co-factors have a known and measurable endocrine disrupting ability beyond the targeting of sertoli cells(4)