Habitat improvements and fuel reduction programs have been carried out along the lower West slopes of the Oquirrh mountains in Utah since at least 2011. The herbicide Imazapic (Trade name Plateau) has been used across hundreds of acres in these projects. Imazapic kills plants by inhibiting the activity of an enzyme that produces amino acids. Sulfonyurea herbicides such as Sulfometuron Methyl work by the same mode of action. Sulfometuron Methyl has been shown to cause testicular atrophy like has been seen in Hanford, WA mule deer. Imazapic is persistent in soil, and has been shown to remain present in the soil with a half life of 3+ years, while still showing detrimental affects on plants.

The Oquirrhs have been producing cactus bucks for several years now with their prevalence increasing. These deer are not able to breed and do not grow herd numbers.

Imazapic is applied at rates that will kill cheat grass, but not shrubs like bitterbrush, curl leaf mahogany, or sage brush. The problem is that because Imazapic disrupts protein production in these plants, this resource for wildlfie is reduced. Many of these barely meet the minimum fat and protein requirements for wintering deer, so reducing their nutritional value is very detrimental, especially on winter ranges.

There are mule deer and bighorn sheep that use these areas for winter range. This may well be part of the next big decline, as these types of “improvements” are on the rise across the West.

The below images show the treated areas(Circled in white) going back to 2011, with more planned at the #25 pin. 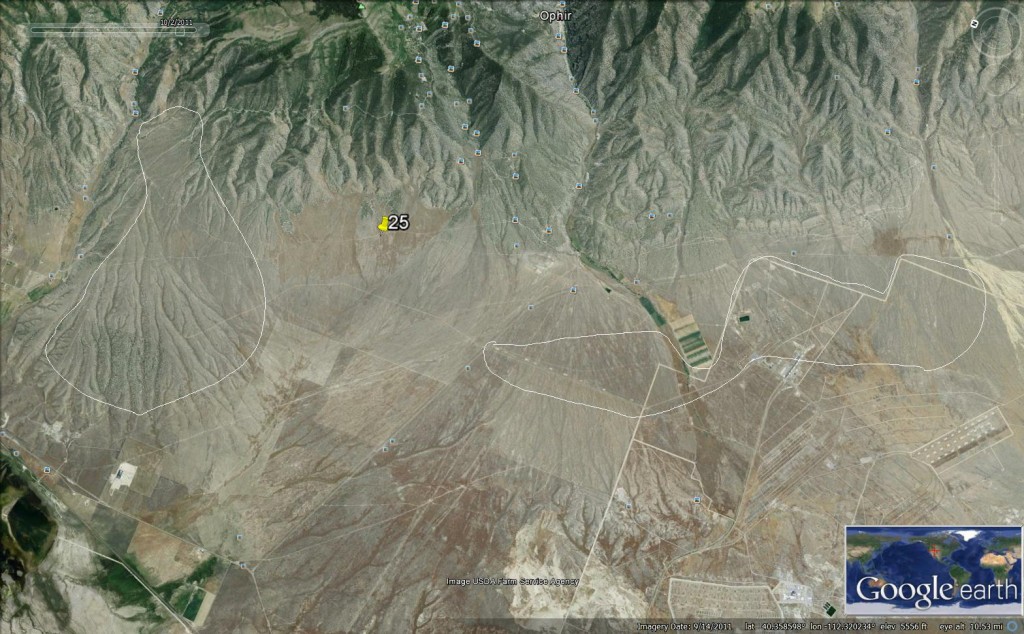 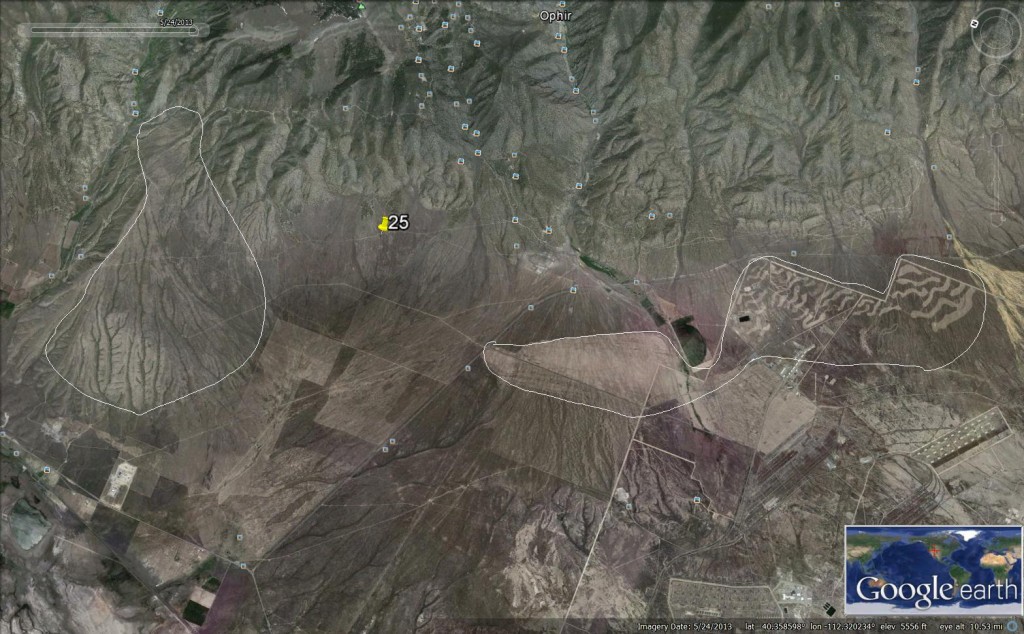